We’re in the construction photography business. Every day, our professional project photographers are in the field capturing comprehensive imagery of some of the world’s most interesting construction projects.

Let’s take a look at four fascinating Multivista clients who have all gone above and beyond in their use of photography:

Completed in 2017, Mercedes-Benz Stadium is a 71,000+-seat arena that currently hosts the NFL’s Atlanta Falcons and Major League Soccer’s Atlanta United Football Club, as well as a range of other sports and entertainment events.

[Download our Guide for Capturing and Storing Effective Construction Photographs.]

Mercedes-Benz Stadium sports a sophisticated angular design that distinguishes it from most other stadiums of its size. In addition, the stadium contains a number of distinguishing features, including:

Photographic documentation plays an important role in any large-scale construction project, and Mercedes-Benz Stadium was no exception. The project team contracted Multivista to document conditions before, during, and after construction. The photographs captured by Multivista included in-slab, MEP, and elevation Exact-Built® images, captured just after inspection and just before cover-up. In addition, Multivista photographers captured progress and aerial photos, enabling project leaders to track the project closely and improve communication with stakeholders.

Given how embedded the Stadium and its teams are in the local community, those stakeholders included the people of Georgia. Project leaders used social media to share progress photos and time-lapse videos with citizens and fans.

The new Lowry Avenue Bridge was completed in 2012, replacing the previous structure which was built in 1905. The bridge spans 1,576 feet across the Mississippi river and connects Minneapolis’s two halves.

In order to build a bridge that would last even longer than its predecessor, project leaders contracted Multivista to collect comprehensive photographic documentation. Because Multivista’s professional photographers are trained in job site safety and have plenty of construction experience, they had no problem adapting to the rigorous safety requirements of bridge construction.

Thanks to Multivista, project leaders now have access to photographs of the interiors of every slab on the bridge deck, as well as comprehensive images of the east and west abutments, pile caps, pier pods, footings, sand filters, and more.

Even after project completion, photography has continued to play an important role in the life of the Lowry Avenue Bridge. Hennepin County allows residents to apply for special lighting on the bridge’s impressive LED arches totally free of charge. Citizens have requested unique colors for causes such as National Children’s Mental Health Awareness Day and Multiple Sclerosis Awareness Day. These colorful displays encourage photography and sharing on social media, helping to spread the word about important causes while cementing the Lowry Avenue Bridge as a local landmark. 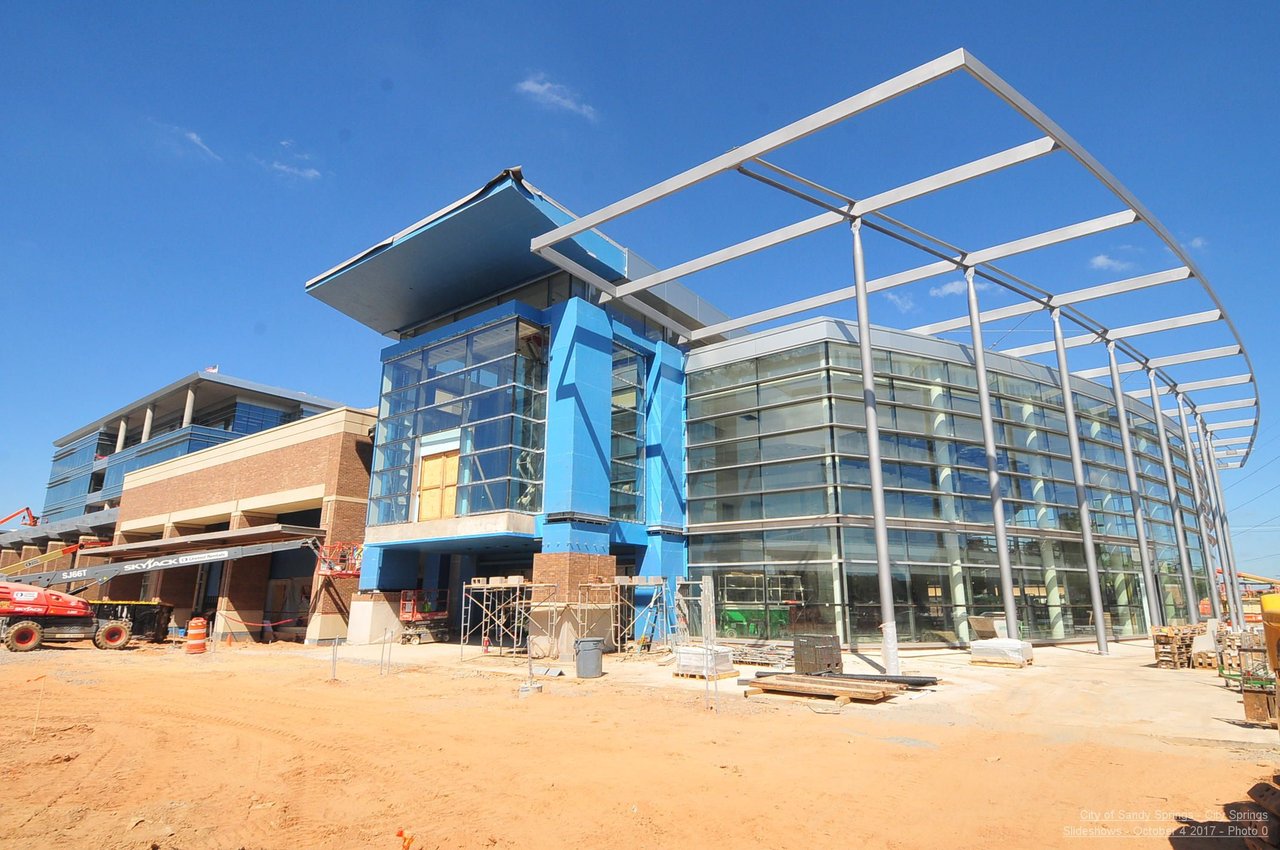 Sandy Springs, GA, located just north of Atlanta, is a city known for bucking tradition — so when it came time to redevelop a vacant downtown building into a new city hall, they didn’t stop at ordinary.

The result was City Springs, a $229 million mixed-use complex that features a city hall, two performing arts theaters, a city-owned bar, a conference center, a public greenspace, and 294 residential units.

Whenever public money is involved in a construction project, especially one this large, there is a special emphasis placed on getting things right the first time and minimizing rework costs. Gerard Roth, Chief Building Engineer for the City of Sandy Springs turned to Multivista to help him with this challenge.

“After reviewing our project file on Multivista on a weekly basis, I’ve been finding excellent coverage of all areas of the project, which will be an important aspect of our success in running this facility,” says Roth. “Being able to bring up photos of all phases of the project is priceless. From underground piping to above-ceiling HVAC equipment, the coverage will be a valuable tool in diagnosing issues to reviewing the project with our engineering staff.”

“After being in the mechanical/engineering field for 30 years and experiencing first-hand what Multivista provides, I cannot imagine building a commercial building, or a house for that matter, without using Multivista.” 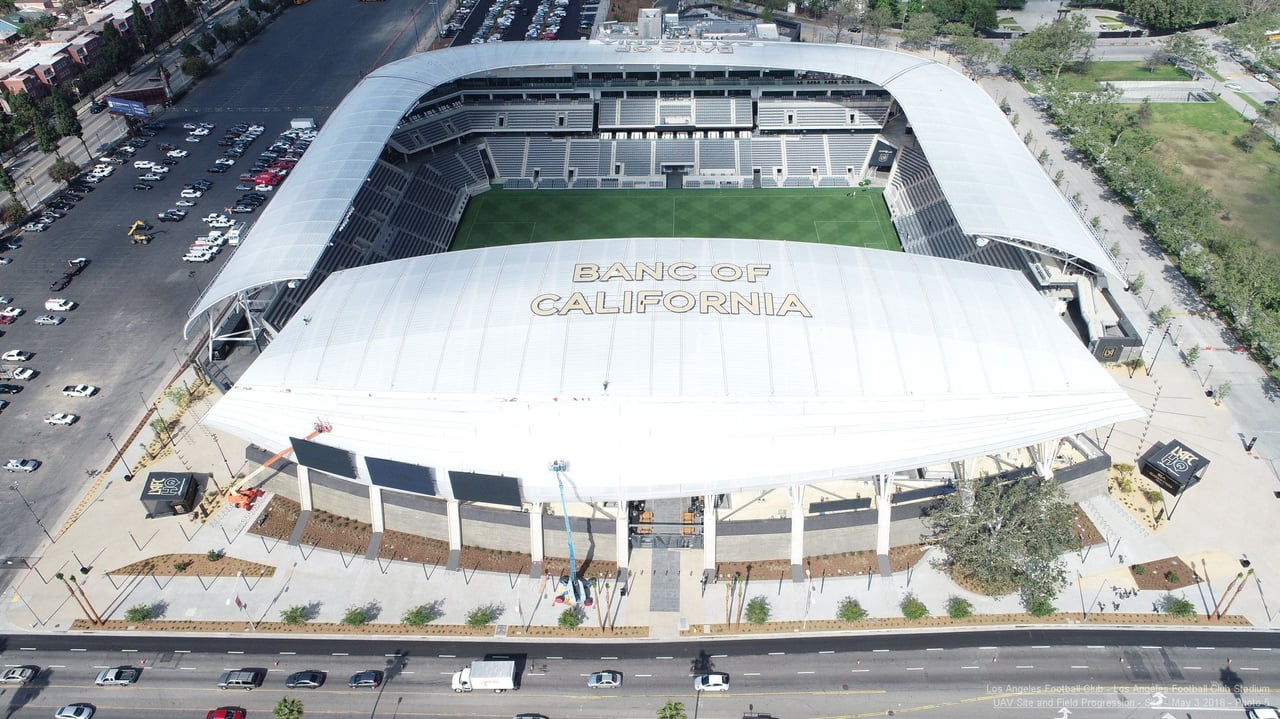 According to the L.A. times, Banc of California Stadium is “raising the bar for soccer-specific venues” by shirking traditional American stadium designs for features that enhance the experience for soccer fans, including a European-style standing area, seats just 12 feet from the field, and a sunken pitch that lowers the profile of the entire stadium.

Legends Global Planning, the owner’s rep for the construction of the stadium, used Multivista photo documentation to decrease delays and liability, but also took it one step further.

“Multivista has allowed our team to be successful in multiple verticals,” says Shelby Jordan, Senior Project Manager at Legends. “In the oversight of the project, the platform provided daily access to images and data allowing us to effectively manage the development process. Our team leveraged the tool for marketing purposes, allowing the public and sponsors to see daily progress of the stadium developing, and the technology gave our client an additional resource to showcase the project leading into a successful grand opening.”

Want Multivista Photo Documentation for your next project? Request a demo.

Continue Reading
Insider
Make the Best Use of Photo Documentation by Learning the Benefits to Construction Professionals
Insider
Set Your Next Construction Project Up for Success by Exploring the Challenges You Can Face During Each Project Life Cycle Stage
Insider
Remote Construction: How a Trend of the 2010s Turned into a Necessity in the 2020s
©2021 Multivista Systems LLC. – Part of Hexagon. All rights reserved.